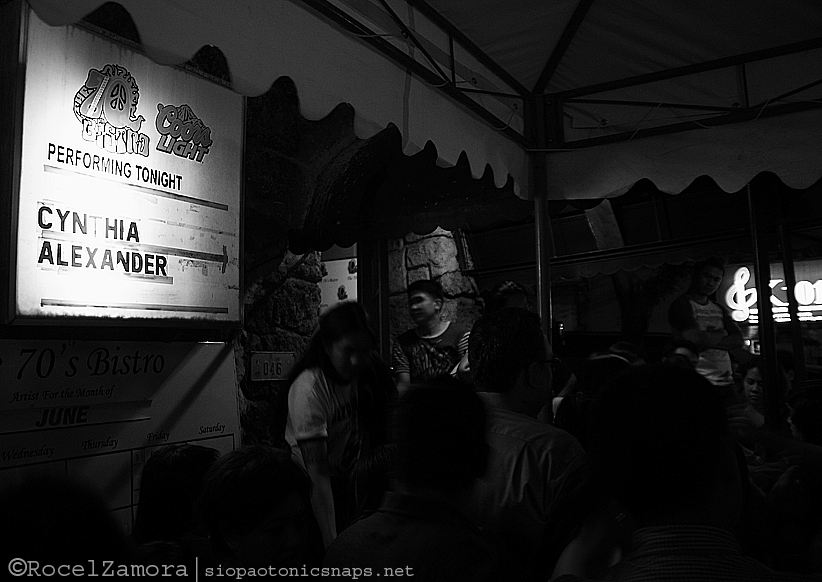 The corner of the street was suddenly like an extension of 70’s bistro. Aside from Cynthia Alexander, there was Johnny Alegre, CJ Wasu, Eddie Boy Escudero, Louie Talan and some music fans who seemed to have known that Cynthia was there. They were in slight disbelief on the number of people who came at the Bistro, thinking on how even the band can get through such a huge crowd. It was already the 2nd to the last of her send-off series. 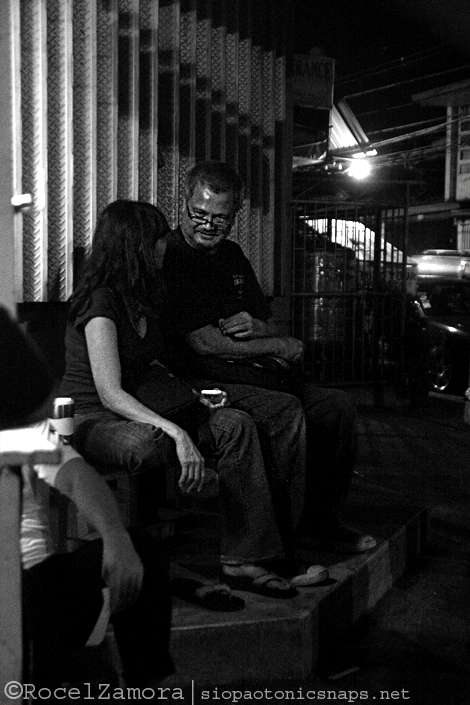 Erick (noiseninja.net) went outside to get some food, as it was almost next to impossible to have our order served, when he saw Cynthia at a street corner. He told me about this and immediately thought that it was our only chance to have at least our cds signed. Cynthia was gracious enough to sign all our cds – Insomia and other Lullabyes, Ripping Yarns, Comet’s Tale, Walk down the Road and a Humanfolk Album.

Signed Cds of Cynthia Alexander (the other CDs are with Erick 😀 )

Nityalila and Chung Yufeng from Taiwan

We were only able to catch the 1st part of her set. The air was so thin, I was literally almost gasping for air. Erick also noticed Cynthia already using her inhaler, whew! When Cynthia performs, it is usually a non-smoking non-sizzling (dishes) gig due to her asthmatic condition. 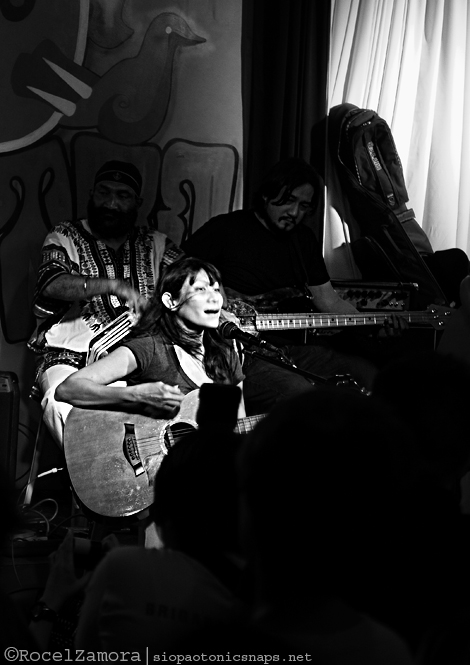 Her setlist includes – Malaya, Daisy Chain, Weather reports, Knowing there is only now, Walk down the road, U and I, Hello Baby and Intertwyne.

Cynthia has been given a rare opportunity to have an artist’s visa in the US. She will be surely be missed by her fans who have supported her from the start. Nevertheless, where ever she may be, we will always support her and will wait for her to have another gig here in the Philippines.

So as to make up for not finishing this gig, we decided to catch Cynthia again at Fete dela Musique the next day.

2 thoughts on “Cynthia Alexander: Send Off Series at 70’s Bistro”