So many bands performed in this event that I have to cut this post part by part.

First up are none other than the guitarists that rocked the night.

Paolo Peralta performed alongside Ely Buendia and his band Pupil. Even with Ely’s presence, it was not hard to be awed by his performance and his flying guitar.

I am not exactly sure what was going on when I took this photo. But hey, its Tirso Ripoll and for anyone who has been a fan of Razorback surely knows how they strut their stuff.

Paolo Toleran, most known as Eight or Ocho performed with Queso (formerly Cheese). He also became part of the supergroup Franco, which surprisingly had recently fallen out.

Francis Reyes, formerly of NU 107’s In the Raw, former guitarist of The Dawn, current guitarist for Peso Movement is one of the best guitarists there is in the Philippines. I am not just saying that because I am a fan, but I really do have high respects for this man. 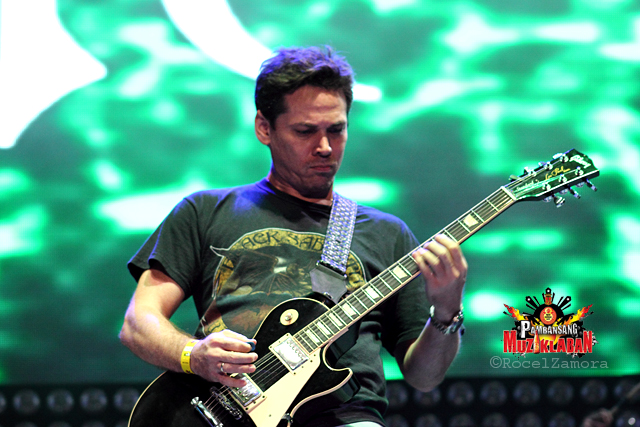 Manuel Legarda is also from Razorback and of course Wolfgang. Aside from his mestizo good looks, his rapid guitar riffs has earned him the “Guitarist of the Year” award from NU 107 rock awards.

Pepe Smith performed with Juan Dela Cruz (well, not really the original line up). He is recognized as Philippine’s Rock Living Legend. Even in his age, he can still strut out the tunes, “Gusto ko mag-swimming sa balong malalim”. 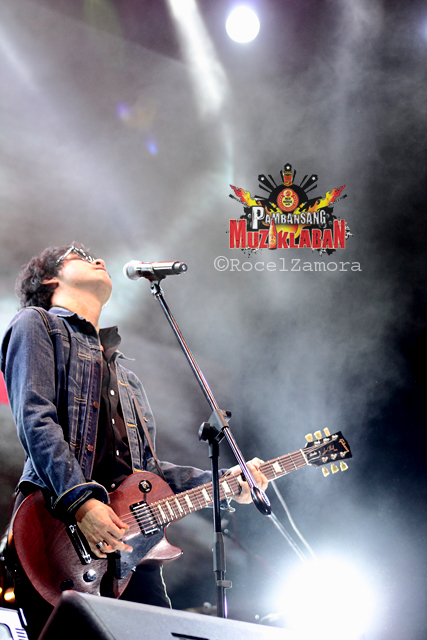 Frontman and guitarist of Pupil, Ely Buendia is another rock legend. He may not be the best guitarist there is but his very presence on stage sends out an aura of confidence and intimidation.